What is hemp? It's uses?

What is hemp? Hemp is a variety of the Cannabis Sativa plant species that is grown specifically for the industrial uses of its derived products.

Hemp, or industrial hemp, is a botanical class of Cannabis sativa cultivars grown specifically for industrial or medicinal use. Hemp typically has lower concentrations of total THC and may have higher concentrations of cannabidiol (CBD). The hemp plant is a stout, aromatic, erect annual herb. The slender canelike stalks are hollow except at the tip and base. The leaves are compound with palmate shape, and the flowers are small and greenish yellow. The defining difference between hemp and marijuana is their psychoactive component: tetrahydrocannabinol, or THC. Hemp has 0.3% or less THC, while marijuana typically has 5% to 20% THC. Hemp-derived CBD ingredients, including plant extracts or isolates, have become extremely popular for use in foods, beverages, and food supplements. As a multi-use crop, hemp is considered one of the oldest plants cultivated to provide nutritional and medicinal benefits.

In the US, hemp was grown extensively by many of the original colonies and was an important crop in the US economy until the 19th century. In the early 20th century, hemp was increasingly regulated and eventually outlawed in 1970 under the Controlled Substances Act. In 2014, the Farm Bill was passed, allowing the commercial cultivation of hemp in the US. Globally, cannabis was used in India in very early medical applications. People believed it could quicken the mind, prolong life, improve judgment, lower fevers, induce sleep, and cure dysentery. From northern New England down to Virginia, hemp was being widely cultivated. Colonial farmers grew hemp to be used for a multitude of purposes.

It is one of the fastest growing plants and was one of the first plants to be spun into usable fiber 10,000 years ago.

It can be refined into a variety of commercial items, including paper, textiles, clothing, biodegradable plastics, paint, insulation, biofuel, food, and animal feed. Hemp is also used for medicinal purposes and is a legal substance in many countries around the world.

What can Hemp be used for? 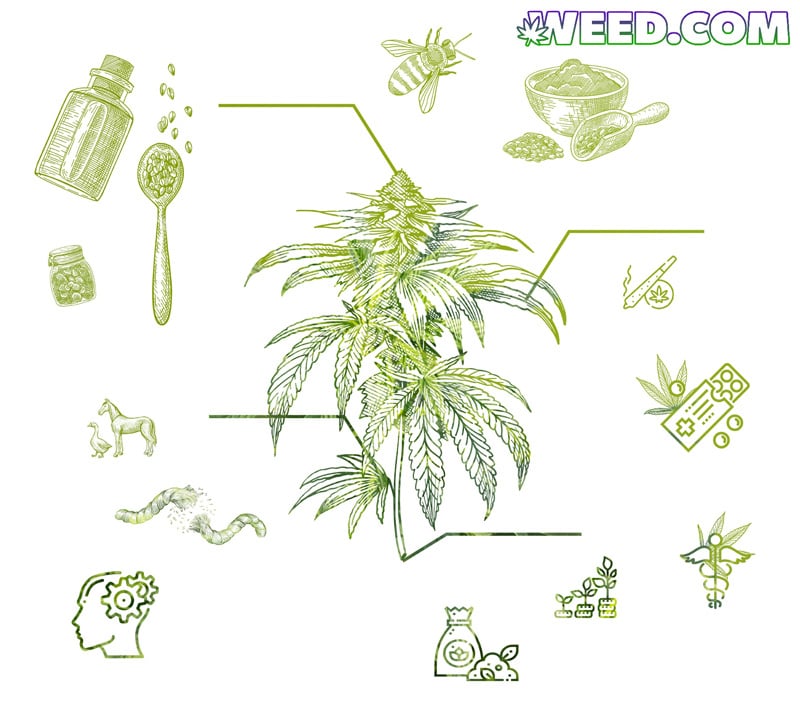 Hemp is a versatile and renewable resource and has many potential uses today.

Overall, hemp is a highly versatile and renewable resource and has many potential uses today, from paper and plastics to clothing and construction materials.