Nowadays, it seems like there’s a new must-try cannabinoid hitting the market every week.  Well, there’s good reason for that.  There is such a growing interest in the hemp plant nowadays that scientists are motivated to discover as much about the plant’s various compounds as they can, based on research showing that the cannabinoids in hemp have unique uses to the human body.  The latest cannabinoid that’s under development is hexahydrocannabinol (HHC).  As you might have expected, HHC is a compound that behaves in a highly unique way. 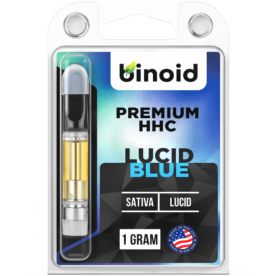 What is HHC and How’s It Made?

Hexahydrocannabinol is one of hundreds of individual cannabinoids that naturally occur in the hemp plant.  Like many other cannabinoids that we consume, it exists only in a trace amount of the plant material.  What this means is that HHC is not a synthetic cannabinoid in any shape or form.

HHC exists in such a low amount in hemp that it has only been isolated very recently.  Up until now, the process of isolating individual cannabinoids for research and commercial manufacturing was very difficult, especially if those cannabinoids existed in only a very minor portion of the plant material.  But, with growing interest in the rainbow of cannabinoids in hemp, technology has advanced to enable effective ways to develop pure isolates and distillates, which is why HHC is now a cannabinoid that manufacturers are turning into various formulas.

It’s also important to note that hexahydrocannabinol is specifically located in the seeds and pollen of the hemp plant, whereas most cannabinoids we’re used to exist exclusively in the flowering buds.

What Can HHC Do?

The main point of interest when it comes to hexahydrocannabinol is that it seems to behave a lot like delta 9 THC in terms of its psychoactive properties.  This means that HHC is an intoxicating compound that’s capable of getting you high, despite not being a form of tetrahydrocannabinol in any way.  Not only that, but people who have actually used HHC say that its other properties share a lot in common with THC, in terms of the properties pertaining to pain, nausea, appetite and mood.

On a Scientific Level

Hexahydrocannabinol has three chiral centers (meaning it has a few different forms of it called enantiomers, and they are essentially mirror images of each other) that can bind to both CB1 and CB2 receptors quite efficiently.  Compare this to delta 8 THC, which has a clear affinity for CB1 receptors.  CB1 receptors are present in the nervous system, while CB2 receptors are predominantly in the immune and digestive systems.  This means that a cannabinoid that binds to both types of receptors can impact the regulation of all three bodily systems, thus offering effects pertaining to how these symptoms behave, with practical applications being therefore available such as uses for stress, physical discomfort, and inflammation.

Although it hasn’t yet been completely confirmed, scientists have reason to believe that hexahydrocannabinol behaves more potently than delta-9-tetrahydrocannabinol (Δ-9-THC) due to the fact that it binds to these receptors in a more efficient manner.  When we consume cannabinoids of all kinds, we want the full dosage we’ve taken to impact the endocannabinoid system.  However, some of the cannabinoid dosage gets metabolized before binding thoroughly with individual cannabinoid receptors.  HHC may essentially be more effective, as it may have a lower rate of metabolization prior to interacting with the endocannabinoid system.

What Forms Does HHC Come In?

At the time of this written piece, HHC is not yet available for purchase, because only recently has it been isolated.  But before long, you will be able to find it on the hemp marketplace, and it will come in the same forms as other cannabinoid-based products because it can be converted into an extract using the same methods that are used for isolating cannabidiol (CBD), delta-8-tetrahydrocannabinol (delta-8 THC), and the like.

That being said, you can anticipate a market that offers HHC vape cartridges, disposable vapes, tinctures, edibles and capsules, and likely infused flower and even concentrates as well.  The means through which each delivery system behaves will be the same in terms of how bioavailable each one is, determining its length of effects, effect onset time and potency of effects. 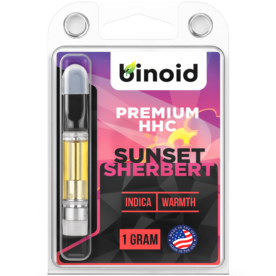 HHC: A Cannabinoid Worth Looking Out For

We have little doubt that hexahydrocannabinol will become a hugely successful cannabinoid once it does emerge on the market, following in the footsteps of CBD, delta 8, delta 10, and more recently, THC-O-Acetate (THC-O).  Hemp enthusiasts are always eager to explore new cannabinoids, as each one can introduce a different experience.  In fact, we’re looking forward to the emergence of studies and research articles showing what HHC is fully capable of in terms of its properties that pertain to the human body, since like all cannabinoids, it has direct role in enhancing the function of the body’s endocannabinoid system.