Hexahydrocannabinol (HHC) is proving to be a gamechanger in the hemp market.  This cannabinoid is gradually making its way onto the scene as part of a long line of hemp derivatives proving to be independently useful to the body, but it’s important to know how HHC differs from other cannabinoids so that you can have an idea of what to expect when taking it for the first time.  One of the most important things to know about HHC is that it’s a cannabinoid that should only be used by adults, given the properties that it has to offer.

Hexahydrocannabinol is found in such a minor amount naturally that it has not really been explored until recently.  But, research has caught up quickly, and we now have a good idea of what its effects are and how it can be incorporated into one’s hemp routine.  Also is worth noting that because HHC is a hemp derivative that does not contain more than 0.3% delta-9-tetrahydrocannabinol (Δ-9-THC), it’s federally legal.

You cannot really find hexahydrocannabinol on the hemp market just yet, but companies are getting ready to launch HHC-infused products in all of the familiar delivery methods that we’re accustomed to such as vapes, gummies, and even tinctures.

The most interesting thing about hexahydrocannabinol is that it behaves almost identically to delta 9 THC, at least according to those who have tried it and have analyzed its properties.  HHC is a psychoactive cannabinoid, and the high is reported to feel like the high associated with delta 9.  Also, its properties pertaining to nausea, appetite and mood seem to be stunningly similar as well.

HHC acts on both CB1 and CB2 receptors, much like delta 9, and may be more bioavailable as well, although that’s something that researchers are still trying to confirm.

Why are Psychoactive Cannabinoids Only Meant for Adults to Handle?

To put it simply, hexahydrocannabinol should not be given to minors.  Why?  Because psychoactive substances are for adult-use only.  The high associated with HHC, along with THC and the like, is not suitable for children, as it can be extremely disorienting and anxiety-inducing, not to mention unethical when administered by an adult.  There are plenty of useful cannabinoids with desirable properties that are administered to children under the guidance of a pediatrician, like CBD, which are far more appropriate.

Children have smaller endocannabinoid systems than adults, which correlates with their smaller size.  What this means is that children may experience more potent effects when administered psychoactive cannabinoids than adults, much like how a standard serving of alcohol can be enormously dangerous to children.  Beyond that, giving a child a psychoactive substance of any kind, regardless of its general legality, puts the adult into a gray area when it comes to the law, where they may face criminal charges for child endangerment.

All of this essentially means that while the hemp plant is rich in all kinds of cannabinoids that are gentle and non-psychoactive, hexahydrocannabinol is simply not suitable for kids due to the potentially strong high that it can produce.

Bottom Line: HHC is a Psychoactive Cannabinoid for Adults Only!

At the end of the day, hexahydrocannabinol is a fascinating discovery that has a lot of uses pertaining to how we feel, just like the many other cannabinoids in hemp.  But, HHC is distinctly for adult-use only, and so it’s important to keep it out of the hands of children.  Also, when we say adults only, we are referring to 21 years of age or older.  Still, even if you are over the age of 20, it is best to speak with your doctor first before considering using HHC, since it does contain THC. 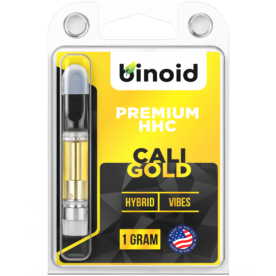