Cannabis in Battle and War

How Was Cannabis Used in Battle and War?

When we thing of the words war and weed, we think about the political war the world, lead by the US government lead against marijuana usage. We also think about feeling goofy, mellow, and sleepy not about raging into a battle in times of war. But the use of cannabis in battle and war has a long history.

So, how could it be possible that the same herb we smoke to relax and mellow out has played a big role in some of the most impactful wars in history?

We know that at the beginning of the drug war, propaganda was released in ample amounts, stating that marijuana turns people into dangerous, crazed lunatics.  Debunked time and time again, the truth is that these ridiculous claims were simply used to suppress foreigners (mainly Mexican immigrants) & Blacks while prohibiting the very efficient hemp plant from competing with forestry.

But, surely you will be surprised to learn that there is another association with war – and that is the fact that the plant has been considered useful in times of battle for possibly millenia, and we know for sure that it has been a companion to various armies throughout the centuries.

So let’s take a closer look at how marijuana has been used to fight battles throughout history, and how it’s used today as well. 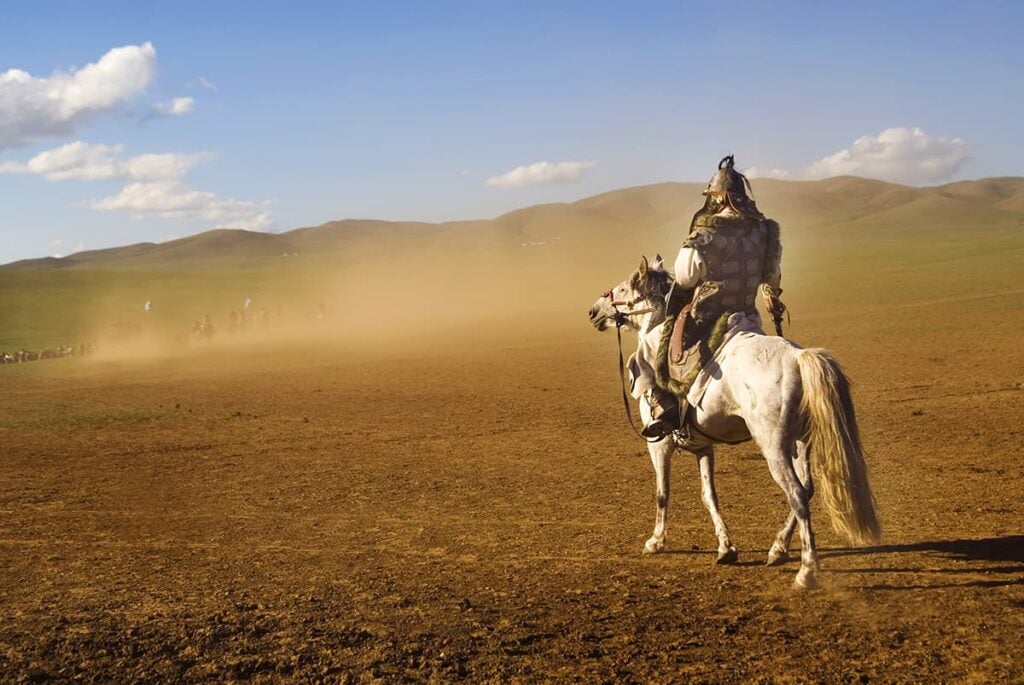 We all have that friend who swears that smoking weed makes them a better driver, by helping them feel completely focused on the road.  Or that weed helps them become more creative or productive. Now, this may be considered pure anecdote, but we do know that ancient South African tribes would smoke marijuana ceremoniously before battle, believing that it would help them stay more focused during combat, while giving them more courage.

The Zulus of South Africa were founded in 1709, once consisting of a number of individual clans that were eventually united under the leadership of Shaka, who then quickly developed a military system to defend the Zulu territory.  Over time, however, he took over local territories using pressure and, sometimes, assassination.

His soldiers famously used marijuana before battle, as it was believed to help them become better warriors.  The focus-enhancing effects of particular strains were believed to help increase concentration, motivation, and fearlessness.

Another South African tribe, the Swazi people, also used marijuana for combat purposes, for the same reasons.  They famously defeated the British around the turn of the 19th century, and one cannot help but wonder what role cannabis may have played.

In Persia, which is now Iran, hashish was used widely throughout the region.  Hashish is the compressed resinous trichomes of the cannabis plant, which are particularly potent.  The hashish is smoked for stronger effects and continues to be used throughout the area today.

It is believed that 11th century Persian soldiers used marijuana to prevent fatigue, which would make sense considering the popularity of hashish in the area at the time.  This is debated, but archaeologists do believe that they have evidence of this that can be used as proof.  Around the same time, the Crusaders are believed to have used hashish against enemies to temporarily make them sleepy, and to exert control over them.

The Assassins, who were the enemy of the Crusaders, also apparently used hashish for military purposes, according to Marco Polo’s accounts during the time. 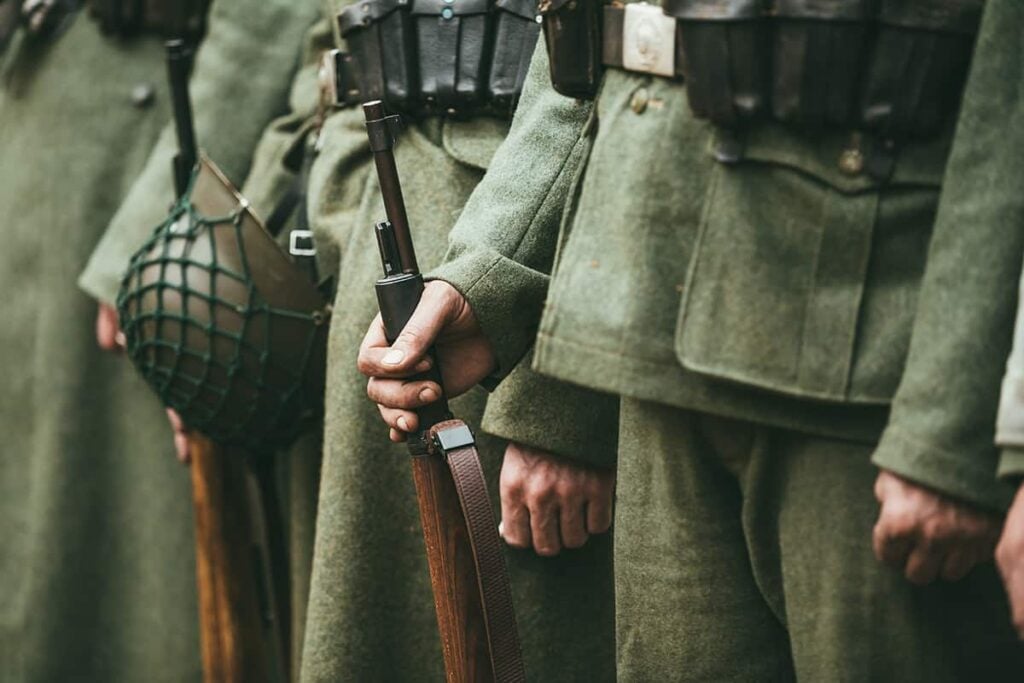 Perhaps the most famous use of cannabis in war is Napoleon’s soldiers using cannabis when they were in the Middle East around 1800, as alcohol was banned due to religious law of the region at the time, but hashish was widely available and acceptable.

However, within a few years, Napoleon eventually banned his soldiers from using it for reasons that are unknown but were likely influenced by the beginnings of a growing criminalization trend throughout the world.

During the Vietnam war, American soldiers overseas partook in marijuana use regularly, and many brought it back home with them from Vietnam, which prompted Nixon to launch his war on drugs project in 1971.  Likely, soldiers who were using in Vietnam did so because of its growing mainstream popularity back home during the 1960s, when it began to be used as frequently as alcohol by many adults during the time.  We do not know if it had any effect on combat per se, but many veterans have said that it helped them sleep at night and manage the enormous stress they were facing. 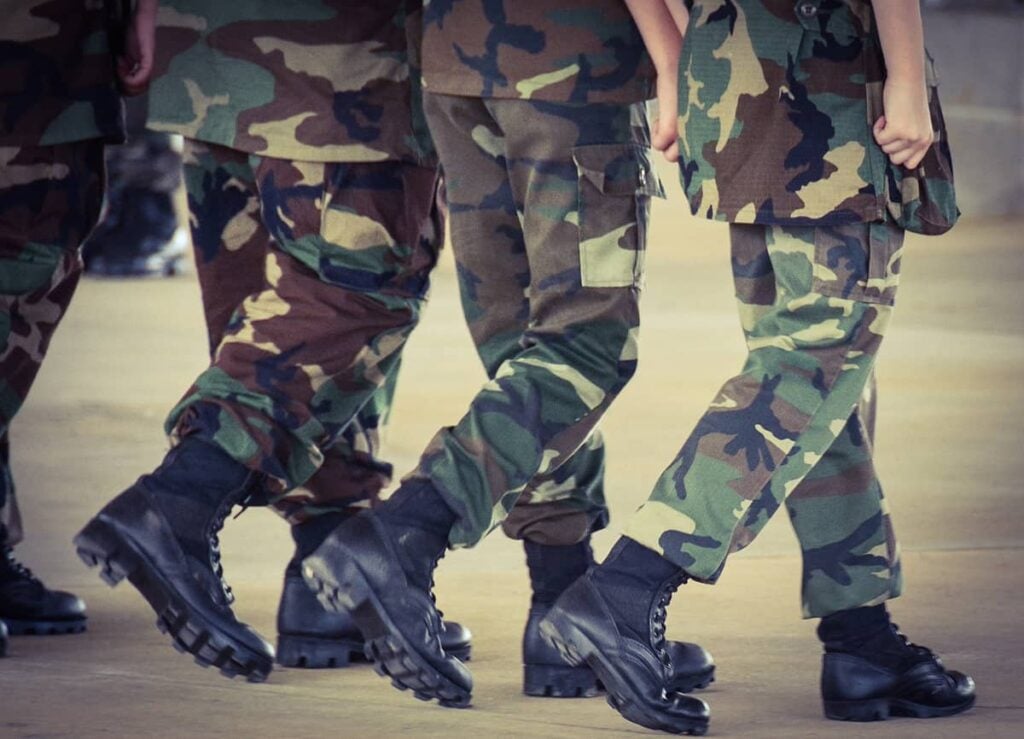 Today, you will have a hard time finding first-world civilizations that use marijuana strategically for battle.  And, marijuana use is largely banned due to its criminal status, as is hemp, including CBD.  However, more veterans are acquiring medical marijuana to deal with PTSD and chronic pain caused by injuries that took place during combat.

Cannabis is a means of protecting a warrior’s or solder’s mindset against the unnatural horrors that war brings, versus simply embracing it. It is extremely unlikely to turn a “normal”, person into an eager, frenzied killer.  However, it might make an anxious or panicked soldier for instance calmer, less fearful, and in a better position to operate in a potentially stressful situation.  Still, this can be all up for debate.

Again, even though Cannabis has been well-documented to lessen the subjective experience of trauma in patients with post-traumatic stress disorder (PTSD), it is important to still take into consideration that all of this is still speculation at best, as there has been no specific research into the subject. The next few decades of research into the effects of cannabis on stress, fear, and aggression responses will undoubtedly uncover some important clarity on the subject, and on cannabis’ role in the control of disorders like PTSD.

Is Cannabis Truly That Effective in a Time of War?

The history of cannabis use has a surprising history in military applications throughout history, dating back to ancient times, all the way up to the Vietnam War, with veterans still alive today who can shed light on its effects during that turbulent time in history.

Overall, what we can say is that this proves cannabis is a multi-faceted plant with all kinds of unique properties that can be useful in different ways.