Weed in Music: a Creative Partnership

How Has Weed Brought Out So Much Creativity in the World of Music?

Throughout history, art and marijuana have been used side by side as the most creative people the world has ever seen.  Many of us know that a number of the most legendary musicians were avid pot smokers, who have gone so far as to credit their top hits with being under the influence. Let’s take a look at how weed in music impacted the industry and the culture. 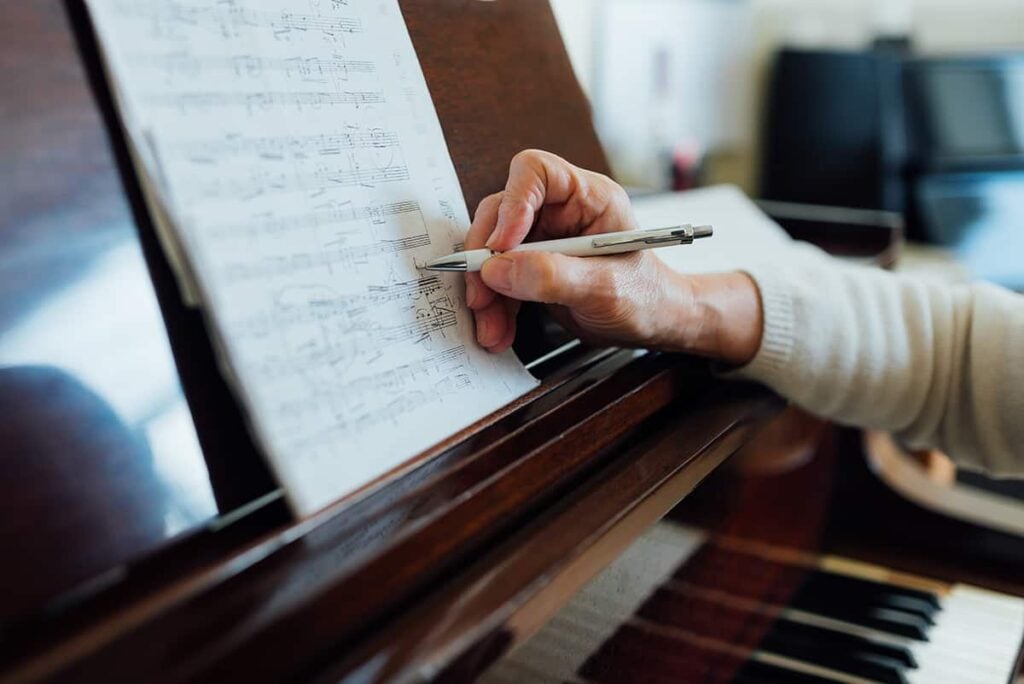 So, what exactly is the connection between marijuana and music?  Well, as we know, the psychoactive properties in cannabis change our state of mind, simultaneously having the potential to improve our mood and boost creativity by triggering the part of the cognitive center that thinks outside of the box.  This can be useful to musicians who want to turn off their never-ending logic-based thinking to explore a more stream-of-consciousness way for writing music.  Also, weed has helped calm the nerves of some particularly shy performers.

Let’s examine the history of weed and music, in order to further explore how marijuana has helped some of the most boundary-pushing musicians throughout the last 100 years.

Many people forget that marijuana was not always criminalized in our country.  In fact, its use was quite popular back in the 1920s, especially among artists and other creatives.  Jazz music is now considered to be an academic genre, but in its heyday, it defined counterculture, actively obscuring the lines that defined the more structured classical sounds prior to it.

Jazz music was rebellious, the same way that hip hop was to the 90s generation.  And, jazz required creativity, which marijuana helped provide.  Leading jazz musicians of the day referenced weed in their song lyrics and were known to enjoy a joint or two backstage before performing.

Louis Armstrong is particularly known for being a stoner throughout his life, being outspoken about his usage and how it helped him write music.  It also helped him with his mood, which may have played a major role in his enduring career, which was certainly challenging at times due to the enormous pressure of performing nightly.  Other jazz artists like Chet Baker, Thelonious Monk, and Dizzy Gillespie found that weed helped them think outside of the box and come up with a new way to play their instruments.

When we think of the beginning of weed in the mainstream, we cannot help but turn our attention to the 1960s.  The growing popularity of marijuana during this time had a lot to do with the influence that music had on culture.  When bands like the Beach Boys and The Beatles traded in their squeaky-clean images and began talking about their weed use, music fans followed.

It’s no coincidence that as top bands of the decade began smoking weed, their music became more innovative.  Look at the difference between Rubber Soul and Revolver, two iconic Beatles albums.  The latter had highly experimental music compared to the former, which band members said marijuana played a decent role in.  Artists of the 60s were quickly finding that cannabis helped them explore new horizons in music, creating songs that are still timeless to this day.

The growing marijuana advocacy movement throughout the music scene of the 60s endured into the 70s but took on a more multi-faceted influence over culture.  In the 60s, weed was associated with the anti-war movement and, even more notably, the hippie movement.  However, the 1970s musical artists using marijuana proved that you don’t have to be a hippie to use it daily.  Hard rock bands like Black Sabbath proved that weed was not just for the peace and love crowd, as his heavier persona made it cool for metal heads to try the stuff as well.  Not to mention, folk acts with cleaner images, like Crosby, Stills, Nash & Young proved that weed is not strictly psychedelic.

Meanwhile, touring jam bands began to create a new type of counterculture across the United States, mainly led by the Grateful Dead, whose never-ending calendar of performances doubled as weed trades.  The band was one of the most outspoken about their marijuana use during the decade, which cemented the association between rock music and weed-smoking forever.

In the 1980s, a resurgence in corporate politics ensured that the hippie movement would lose all credibility.  Many of the flower children of the 60s donned business suits and went to work, proudly earning high paychecks for their families.  With this new trend, the weed scene fell back into the underground, and musical artists spoke less about its influence on their songwriting and performing.

The top acts of the 80s, however, were still using cannabis, whether out in the open or not.  Many were not talking about it then but have since come out and said that they were smoking throughout the decade.  Bands like the Talking Heads, The Clash, and The Police all found that marijuana helped them with their writing.  Even Madonna, known for being staunchly against drug use, dabbled in marijuana during her early days in New York City, or so she says. 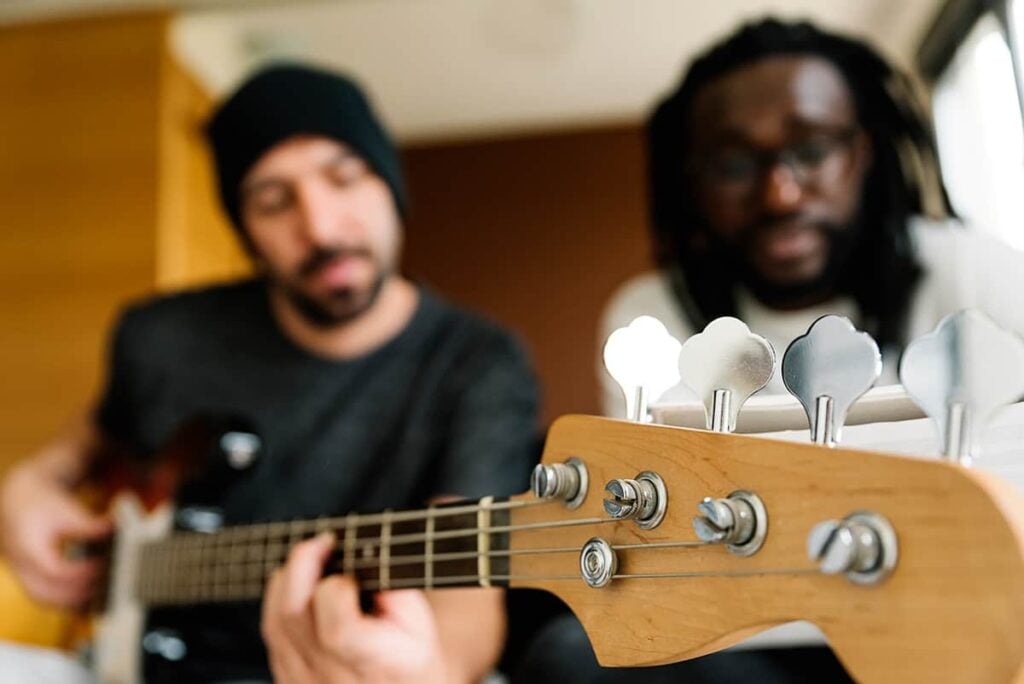 A Resurgence in the 90s

Corporate greed came to a head in the 80s, and a massive backlash was birthed in the early 90s.  Musical artists, rebellious against societal conventions around money, advocated for weed use as they rose to fame.  Bands like Sublime and Nirvana made counterculture cool again, writing songs that at the very least sounded like they were inspired by the mind-expanding properties of cannabis.

Perhaps no single genre influenced our attitudes on marijuana like hip-hop, which quickly became mainstream in the 90s.  The rise in hip-hop also played a role in weed’s resurgence in pop culture.  Many of the most popular rappers of the decade wrote lyrics about marijuana such as Snoop Dogg, Dr. Dre, and even Ice Cube, and spoke in interviews about how weed helped them write better songs.  This had a massive impact on society, and so we saw a rise in cannabis use throughout the decade.  It also shed light on the double standards between white and black marijuana users, with the latter shown to be more likely to get busted for possession, as many top rappers of the era eventually were compared to their white contemporaries.

Speaking of Snoop, he was one artist in particular who did not hide his love for cannabis. Being a stoner quickly became a big part of his brand, and other artists followed in his footsteps.  Many of the classic 90s hip hop jams have marijuana references, and the trend has continued well into the present day.

“Insane in the Membrane” by Cypress Hill was a massive hit in 1993, and anyone who has read the lyrics will recall a shoutout to Louis Armstrong and his love for cannabis.  But, perhaps a more important point of the song speaks out against the criminalization of weed:

“Cops, come and try to snatch my crops; These pigs wanna blow my house down, head underground to the next town; They get mad when they come to raid my pad, and I’m out in the nine-deuce cad’.” 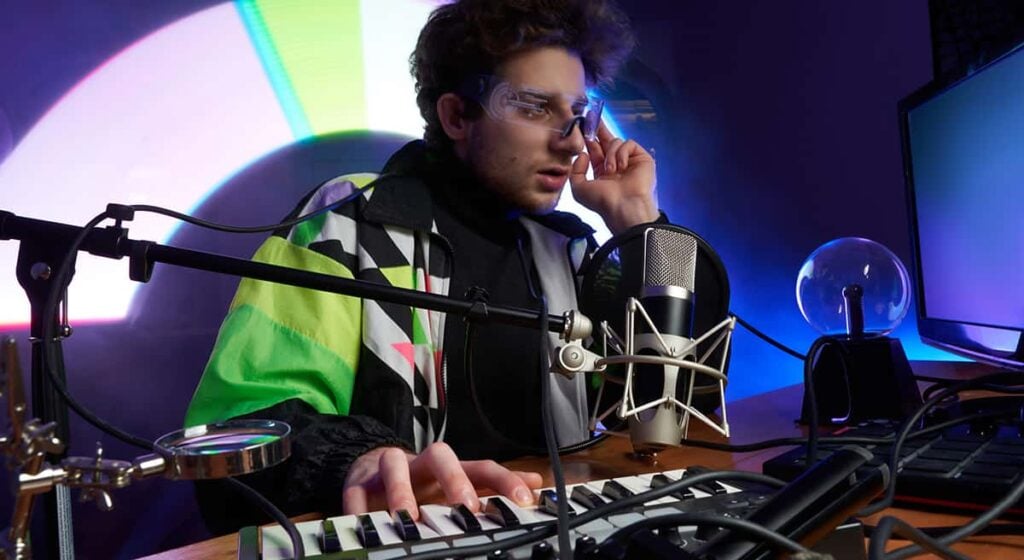 Today, weed use among musicians is more popular than ever – or, at least it is talked about more.  Many states have legalized marijuana, which has made musicians feel more comfortable openly discussing the role it has played in music.  Cannabis is no longer reserved for outliers in counterculture, as a lot of mainstream pop acts talk about how they use it to write music.

Changing attitudes have helped up-and-coming artists feel more comfortable embracing the potential creativity-enhancing effects of cannabis, which means that the future of music will likely be more influenced by marijuana in the years to come.  And, as legalization continues to expand, we will hear more about our favorite artists using it for a burst of creative juice.

And, once again, hip hop has played a big role in normalizing marijuana use.  Lil Wayne and Lil Jon both exploded on the scene in the mid-2000s, and their lyrics were heavily laced with weed references.

The question remains if artists are in fact smoking more weed than their predecessors of prior decades, or if they are just more open about it.  Weed use in music is nothing new, and no doubt it helps many in the creativity department, while also enabling them to better deal with the pressures of fame. We know there have been plenty of artists out there who smoked regularly but just never spoke about it publicly.

Today’s generation of popular artists feel that they can talk about it openly, especially since many of them live in states in which it is legal, so they do not have to fear any form of consequence.

Because weed has become a viable business due to changing legalization laws, it isn’t surprising that weed companies are seeking out celebrity faces to sell their products, and that many of the most popular artists are seeing cannabis as lucrative business options. Wiz Khalifa famously launched his own weed company, offering a wide array of products along with his own signature strain.

Khalifa is also far from the only one.  Leafs by Snoop, launched by Snoop Dogg, offers flower and concentrates among other things, and was one of the very first artists to get into the cannabis business.  It is safe to say that celebrity weed companies are the new celebrity wines. Ghostface Killah from Wu-Tang Clan even launched his own weed vape pen, called Wu Goo, which is sold in California dispensaries.  Meanwhile, Juicy J is showing a keen interest in the development of unique cannabis strains to be sold commercially. Other artists with marijuana businesses include Jay Z and 2Chainz.

The Future of Cannabis in the Music Industry

As cannabis continues to become more and more legal throughout the country, there’s no doubt that we will be hearing about artists from all musical genres who use marijuana both for their creativity and for medicinal use.  Hip hop has been leading the way in destigmatizing cannabis in pop culture, but there is no doubt that plenty of pop, rock and country artists have found solace in weed as well, and thanks to hip hop artists who have normalized weed in pop culture, other artists can follow in their footsteps.  As the cannabis industry continues to grow financially in the coming years, we also anticipate more collaborations between artists and weed brands, along with musicians launching their own lines of cannabis products.