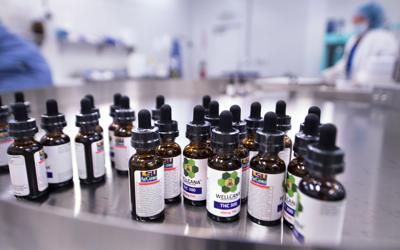 Legislation to loosen the restrictions on Louisiana’s medical marijuana program, allowing doctors to recommend the drug to patients for any reason they see necessary, is marching toward the governor’s desk.

Rep. Larry Bagley, the chair of the House Health and Welfare Committee, has ushered the bill nearly all the way through the legislative process, passing through a Senate committee on Wednesday.

Under legislation passed in recent years that set in motion Louisiana’s medical marijuana program, doctors currently must register with the Board of Medical Examiners to recommend, rather than prescribe, marijuana to patients. And they can only recommend it to patients who suffer from a list of conditions ranging from intractable pain to Parkinson’s disease.

Bagley’s legislation, HB 819, would ease those restrictions on doctors. If it is approved by the Senate and Gov. John Bel Edwards, any doctor in good standing could recommend the drug, without first obtaining a license from the Board of Medical Examiners.

And patients would no longer need to suffer from a condition on the list created by state lawmakers. The bill would let doctors recommend the drug for any condition that the doctors “considers debilitating to an individual patient and is qualified” to treat.

“I think this is something that is needed,” said Bagley, who previously voted against expansions of medical marijuana before hearing support for it from his constituents. “People that use (marijuana) certainly need better access to it.”

The legislation passed out of the Senate Health and Welfare Committee on a 5-1 vote. Sen. Fred Mills, chair of the committee, carried the initial legislation to set the program in motion and has championed medical marijuana in recent years.

Since former Gov. Bobby Jindal signed legislation to set up a medical marijuana program in 2015, and Gov. Edwards further set the program in motion a year later, lawmakers have slowly but steadily passed laws loosening the rules, which were among the strictest in the nation.

Still, the state only has two growers, private partners of LSU and Southern University, and nine pharmacies in various regions of the state that are allowed to sell the drug. It can only be used in several non-smokable forms, and is currently sold in tincture form.