Introducing to you this innovative Binoid HHC Vape Cart Gorilla Glue with premium 94% HHC-O distillate. Combined with fantastic terpene strains, it is to give a potent mental and body buzz. HHC Vape Cartridge Gorilla Glue is a good choice to relax and unwind after a long day. So what are you waiting for? Go try it out now!

What is Great about Binoid HHC Vape Cartridge – Gorilla Glue?

A mix of Chem’s Sister and Sour Dubb, this strain is known for heavy-handed euphoria and relaxation, leaving you feeling “glued” to the couch. Its pungent earthy and sour aromas is what attracts its fans.

Vaping itself has become one of the most important delivery methods for numerous reasons:

Moreover, vaping can be considered beginner-friendly: being easy to use, carts are one of the best options out there for those who are trying cannabinoids out.

HHC is one of the hundreds of cannabinoids naturally occurring in hemp and can also be synthesized. Like many other cannabinoids that we consume, it exists only in a trace amount of the plant material.

HHC exists in such a low amount of hemp that it has only been isolated very recently. Up until now, the process of isolating individual cannabinoids for research and commercial manufacturing was very difficult, especially if those cannabinoids existed in only a very minor portion of the plant material. But, with growing interest in the rainbow of cannabinoids in hemp, technology has advanced to enable effective ways to develop pure isolates and distillates, which is why HHC is now a cannabinoid that manufacturers are turning into various formulas.

HHC-O has similar properties as HHC as it is its hydrogenated form making it more potent in terms of physical and mental buzz. Other effects might include the following:

As HHC-O can be classified as a hemp derivative because it is not tetrahydrocannabinol (THC), since the Agriculture Improvement Act of 2018, HHC-O has been a federally legal compound. Of course, each state might apply its own restrictions and regulations concerning hemp-derived products.

This post is intended as information and for general knowledge only. It is not a substitute for medical advice, diagnosis, or treatment. It is recommended that you talk to a healthcare professional about this before introducing cannabinoids into your daily routine (especially if you have been diagnosed with any medical conditions or are under any medication). Use responsibly!

Better then thc-o almost as strong as delta 9

Does the job but it makes me super tired i yawn a ton when i use this definitely better then thc o, thc v, delta 8, or delta 10 my favorite choice of them all the price jump is well worth it

This is great. Very close to full effects of delta 9. The taste is great

Instant mellow buzz. The effects are long lasting at around 2-3 hours. This one tastes kind of like the name, lol, but it's very good. All HHC's make you chill, but this has a bit more "chill" to it. Great for wake n' bake, stress relief, just relaxing, and sleep. I've tried a few other flavors but this one is a favorite, since it sticks with you.

The buzz was great the effects and taste was great

The Gorilla Glue was very good! It had a great taste on inhalation and no bad aftertaste.
I did not expect the buzz to be as strong as it was but because of the effect I am sold on the HHC cartridges for sure.

Definitely great one especially since it's legal. YIPPEE

Better for the pros ;)

Taste is hard to pin down. It def glues u to ur seat lol! I totally bought a second purely on accident cus i forgot i already got one 🤣 yeah. That happened.

The effects were great. the taste was great. Cart clogged really bad. just frustrating. doesn't happen with every cart but majority i have purchased.

Great for chronic pain and anxiety

Has a great pain relief effect, tastes fine and has a very mild but euphoric buzz. Cant beat the product for the price especially after any of the many discount options that are provided. This will definitely be a part of my regular smoking arsenal.

Definitely worth a try

Vary close if not the same feeling as normal cart's I've got from a dispensary would buy again.

They high is just like Delta 9, and it tastes amazing.

Excellent taste and loved the effects. Not too much or too little. Just right for me.

Never disappointing….Always, RIGHT ON!!!! So hard to choose as the best…..Its always a tie..

Strong head and body buzz, very close to Delta 9 effects. The flavor is botanical with a mild fruity aftertaste. This review is for Gorilla Glue HHC carts.

New kid on the block

This one touches all my receptors in a great way. Love it!

Love it and cali gold is the best one I have tried so far.very good products!

It is so new, tastes great n has a unique buzz…I need to learn about HHC THO as I continue trying new futuristic carts packed with unique, modern Cannabis extractions, but this Cookies n Cream flavor was lit af! Stay safe n hunker down with these great vapes during the Fall Delta Variant surge! Nancy D. aka BohoGirl33

Absolutely potent ⛽?. It tastes very similar to gorilla glue and gets you toasteddd lol. I'm saying like a couple hits equals a couple blunts. The high is very good. Takes away the want to smoke D9. Potent cart 💯.

I tried a few of the other had carts but this is my new favorite by far ! Love it. Yes 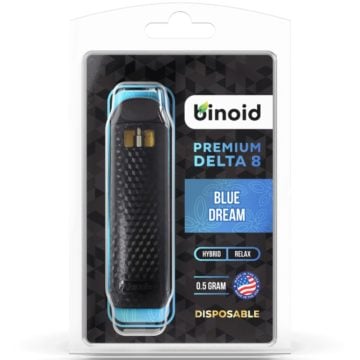 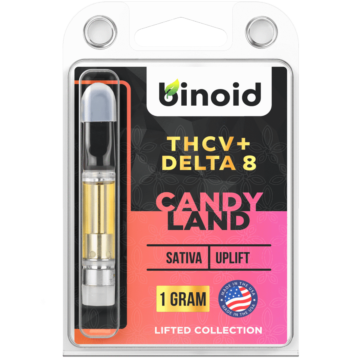 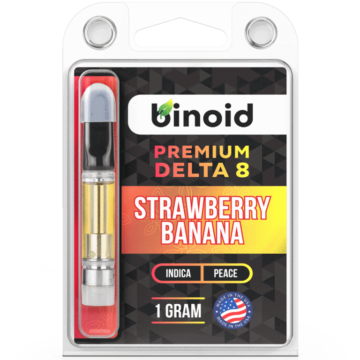