One Plant’s dispensary on South 22nd Avenue has been open for the past few weeks. It’s their third location to open in Florida, following their debut in Boynton Beach and then Jacksonville Beach.

The Ruskin based business (which used to be known as 3Boys Farm), was one of only 14 businesses that were originally licensed to cultivate and dispense medical cannabis in the state. That list was expanded to 22 businesses last year, following a legal settlement between the state’s Dept. of Health and applicants who were originally denied licenses. Yet there remains just 14 licensed medical marijuana treatment centers (MMTC’s) that are actually offering product for the more than 339,000 card-carrying medical marijuana patients in the state.

It took more than two years for One Plant to go from getting a license to distributing their medical cannabis in a retail store. CEO Brady Cobb says that’s because the company took their time to ensure that he had a high quality product to offer.

“My focus was: let’s be the premium flower company. Let’s focus on the authenticity of our flower and our purpose,” he says. 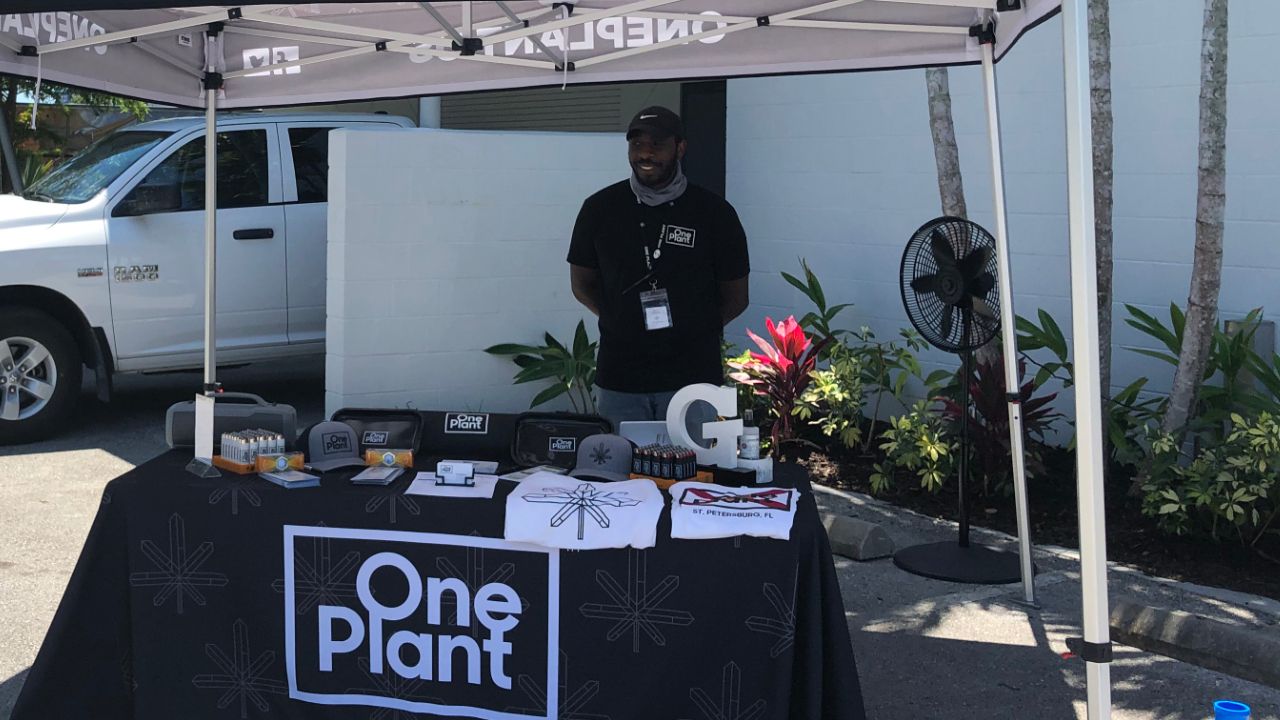 That meant spending millions on cultivation facilities, first in Ruskin (where it utilizes organic methods of cultivation), and now a 33-acre site in Martin County.

Before opening up their first dispensary last fall, One Plant set up a home delivery service last July throughout the state. And now in the age of COVID, they offer curbside delivery at their three dispensaries.

While One Plant is now up and running, there are others who continue to try to break into the market, like Florigrown. The Tampa-based company (owned in part by adult club owner Joe Redner) has legally challenged the decision by the Florida legislature in 2017 that requires the state’s integrated medical marijuana system – meaning that a license holder is responsible for all aspects of production – – growing, processing, testing, marketing and selling the product.

Attorneys for Florigrown contend the vertical integration system is inconsistent with the 2016 constitutional amendment in Florida that legalized marijuana for patients. Their case has now made it all the way to the Florida Supreme Court, which heard arguments in the case earlier this month.

Adam Elend, the CEO of Florigrown, says that the fact that there are such a limited number of MMTC’s in the state has led to limited availability and high prices for patients.

“The people in Florida didn’t vote for that, they voted for, very specifically to make marijuana safe and available for patients, and so we’ve been fighting for three years to try to change it,” he told Spectrum Bay News 9 from Florigrown’s 40,000 square foot facility off of Adamo Drive in Tampa.

Elend disparagingly refers to the original group of licensees in Florida as the “chosen few” and “a cartel,” a phrase also frequently invoked by St. Petersburg GOP state Senator Jeff Brandes.

Brandes filed legislation before the 2019 session to eliminate the ‘vertical integration’ model, which went nowhere. Lake County Republican Anthony Sabatini filed a similar proposal in the Florida House this past winter, which also failed to get any traction.

Underlying Elend’s contention about the limited availability of cannabis, Spectrum Bay News 9 reported last November on a noticeable lack of medical marijuana available on the dispensaries throughout the Tampa Bay.

One Plant CEO Brady Cobb says he welcomes more entrants into the market, but says they should be prepared for the long haul.

“I hope they do, but they’re going to have an at least 18-month to two-year lead time to get to market, and I say that as someone who’s lived it,” he says.

While they hope for the best from the Florida Supreme Court, Elend says Florigrown is now in the hemp business, having acquired a hemp cultivation license.

“We plan to grow hemp seeds in this facility unless and until we can get the Legislature to do what the constitution says.”

It’s not known the state Supreme Court will make their decision.

The Florida Department of Health told Bay News 9 that it cannot comment on any pending litigation.