You’ve probably heard about THC  and may know that is the psychoactive compound in cannabis that is responsible for getting people “high” or “stoned”. But most of that effect is due to delta-9 THC. However there exists in cannabis another compound – known as delta-8 THC which is a different psychoactive cannabinoid with its very own set of healing advantages when contrasted to the much more prevalent delta-9 THC.

So why all the hype around Delta-8? Well basically because delta-9 THC isn’t the only cannabinoid with psychoactive results. Delta-8 is believed to be up to 30-50% less potent in terms of creating a high. The difference is while it does still have a psychoactive response, it requires a much higher dosage to do so, making it more desirable as a therapeutic option overall as due to it’s highly similar structure and as a cannabinoid it is believed to share many of the positive attributes of its cannabis brothers and sisters – or cousins if you prefer.

In 1974, federal government scientists carried out a research on mice to determine if delta-8 harmed the immune system. What they found instead what a potential cancer killing ability. Despite this research decades ago, it took years before the public even learned about it, and research remains limited. Other than a couple of studies, delta-8 has been remained mostly out of the public eye.

A 1995 study carried out by Shaare Zedek Hospital, Bikur Holim Hospital and the Hebrew University in Jerusalem tested Delta-9 on children who had undergone chemotherapy for cancer kids with cancer cells delta-8 THC. The lead writer, Dr. Raphael Mechoulam, was the head of the team that first found delta-9 THC. At the time the report of the study was published, more than 480 effective treatments of cancer patients with delta-8 THC. Furthermore, the cannabinoid made individuals quit throwing up.

An additional report by the National Cancer Institute found delta-8 THC, delta-9 THC and CBD all had the capacity to stop tumor growth.

There have been a number of U.S. patents submitted– even more than a decade ago—each with instructions on how to obtain and extract delta-8 THC.

The first is a United States patent with guidelines on the conversion of CBD to delta-8 THC is from 2004. The second patent, on the anti-emetic uses of delta-8 THC, goes over the active ingredients in the pharmaceutical structure used in research.

Delta-8-tetrahydrocannabinol, Delta-8 THC, is one of many cannabinoids found in the cannabis plant. While not as potent as it’s “cousin” Delta-9, they start at the same place. Delta-8 is formed when the Delta-9 becomes oxidized.

Delta-8 is found in very low concentrations (< 0.1%) in CBD hemp flower, but it can be drawn out or converted using various other cannabinoids as well as concentrated for a variety of usages. There is still much that isn’t known about this lesser known, lesser studied.

But that’s now starting to change. 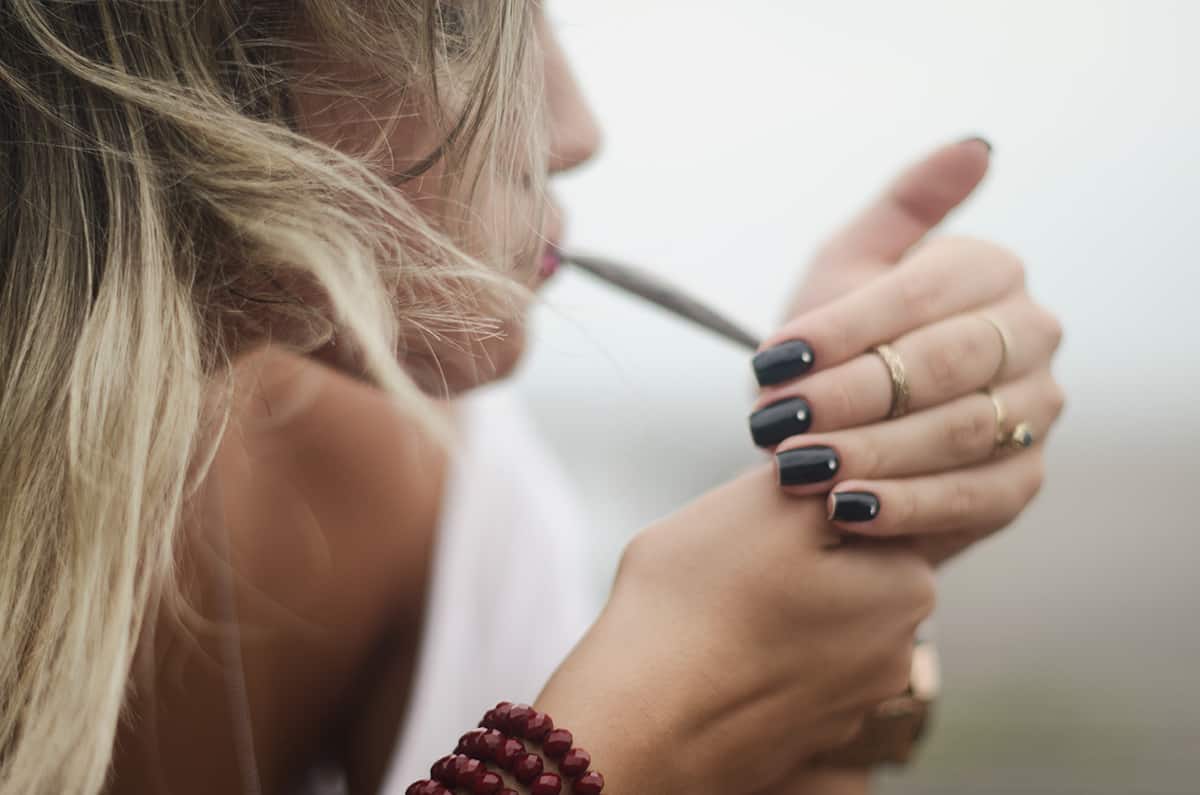 Unlike CBD, eating delta-8 THC can make you high. They both bind to the exact same CB-1 cannabinoid receptors in the nervous system, however delta-8 THC often tends to respond in different ways due to its slightly modified molecular structure. Delta-8 THC is psychoactive, yet much less than delta-9 THC.

So yes, it can get you high, but it takes far more than the commonly known and referred to THC, Delta-9.

Delta-8 THC most commonly delivered as an oil, in a concentrate form that looks similar to CBD oil. It can therefore be used and ingested in many of the same ways as CBD oil, which is typically taken by mouth. But since there hasn’t been as much research on Delta-8 as on CBD, there are still questions about how it is metabolized by the body, and which method is most effective and efficient.

While the research has been limited, what has been done shows promise. Since there are a number of studies currently underway, we should expect to hear more, quickly, about this cannabinoid. But based on the existing and current research, here are some of the benefits we’re hoping to hear more about:

A 2013 study by the National Cancer Institute, delta-8-is one of the cannabinoids that has actually been shown to inhibit tumor growth,

A 1995 study published in Life Sciences suggests delta-8’s capacity to decrease nausea with very few side effects in children,

“Delta-8-tetrahydrocannabinol…was administered (18 mg/m2 in edible oil, p.o.) to eight children, aged 3-13 years with various hematologic cancers, treated with different antineoplastic drugs for up to 8 months…Vomiting was completely prevented. The side effects observed were negligible.”

A 2004 study published in Pharmacol Biochem reported that even in lower dosages, mice given Delta-8 showed both increased appetite and an increase in cognitive function. These therapeutic effects at lower dosages are particularly appealing for the future as a therapeutic for many diseases.

“Delta(8)-THC (0.001 mg/kg) caused increased food consumption and tendency to improve cognitive function, without cannabimimetic side effects. Hence, a low dose of THC might be a potential therapeutic agent in the treatment of weight disorders with minimal side effects associated with cannabis use.”

In 2018 the Cannabinoid and Cannabis Research journal published the results of a study that has actually revealed potential for treating pain and inflammation with topical delta-8 THC (as well as CBD),

“Our results provide unique proof that the phytocannabinoids Δ8THC as well as CBD … are antinociceptive and anti-inflammatory in an experimental version of corneal hyperalgesia.”.

A research study from a 1987 Alcohol and Drug Research journal performed on mice, reveals that delta-8 may have some neuroprotective effects  based on brain activity. The point of the research study was to examine different cannabinoids, yet delta-8  was the components of the cannabis plant that attracted attention to the researchers of this study due to its substantial impact from such a small dosage.

As more studies are conducted on the potential therapeutic applications for Detal-8, we hope to see more outcomes for the following conditions where studies and improvements have already begun:

Side Effects of Delta-8

The adverse effects of delta-8-THC as observed by researchers were quite insignificant. Especially when contrasted to the usual pharmaceutical alternatives. There is still a great deal more research that needs to be done, however delta-8 appears to have the best of both worlds, the therapeutic benefits of cannabis without the side effects and strong psychoactive properties of Delta-9-THC.

However it’s important to remember that Detla-8 is THC, and while it has a much lower incidence rate of psychoactive side effects, they can still occur. Any marijuana product with high levels of THC should always be used with care, especially at higher dosages.

It depends. According to the Agriculture Improvement Act of 2018, delta-8-THC is considered federally legal as long as it comes from hemp that contains less than 0.3% delta-9-THC, which is the same for CBD. It’s important to remember that the legality of the product can vary by state. According to section 297A of this Act, :

“The term ‘hemp’ implies the plant Cannabis sativa L. and any type of part of that plant, consisting of the seeds thereof and all derivatives, removes, cannabinoids, isomers, acids, salts, and salts of isomers, whether expanding or not, with a delta9 tetrahydrocannabinol concentration of not more than 0.3 percent on a completely dry weight basis.”.

The legality is established based strictly on the amount of delta-9-THC, regardless of its delta-8-THC level– just like hemp. It could take some time for individuals to understand the distinction between delta-8 as well as delta-9, in terms of the law, and most people aren’t aware that there are different types of THC, so they respond to the mention with the same levels of concern. As more and more information and awareness becomes available, this hopefully will change, and acceptance of Delta-8 THC will increase.

We’ve seen this public perception change with regard to medical cannabis, so we remain hopeful.