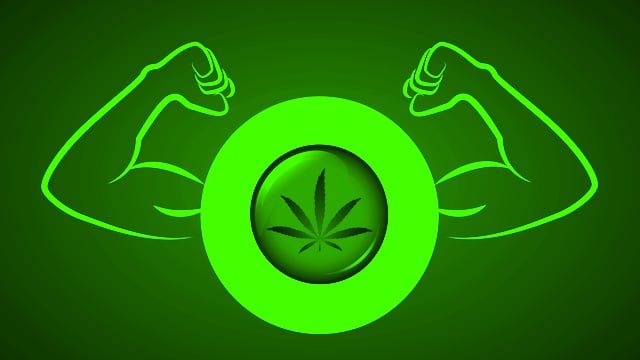 Remember the ol’ days when “THC” referred strictly to delta 9 THC?  Today, thanks to a whole lot of hemp research, we know that there are many cannabinoids within the tetrahydrocannabinol (THC) family that each offer a different level of potency when it comes to their high.  We understand that the majority of hemp enthusiasts want to know ahead of time just how psychoactive a cannabinoid is before they buy it, which is why we’ll compare them to one another in terms of what to expect when it comes to their intoxicating potential. 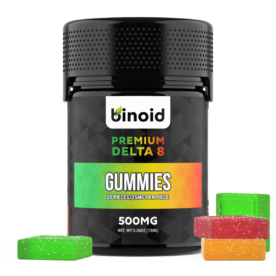 Each THC-based cannabinoid in hemp works with the endocannabinoid system (ECS) in a unique way which ultimately determines how strong the high will be.  Some cannabinoids are extremely psychoactive, while others are associated with a gentle buzz.

Tetrahydrocannabivarin (THC-V), and it’s the least psychoactive cannabinoid in hemp.  Its high is actually notorious for being elusive, which is why you’ll often see it combined with delta 8 THC or a similar compound.  THC-V is often taken for its non-psychoactive properties, although many also do seek out its distinctive buzz.  This is also the only psychoactive at a moderately high dosage amount, as otherwise it doesn’t work on CB1 receptors at all.  The exact threshold dose likely varies from person to person.  The high is generally mild, while lasting for about half as long as that of delta 9 THC.

Delta-8-Tetrahydrocannabinol (delta 8 THC) is the next strongest cannabinoid on our list, although ultimately it’s tied with delta 10 THC.  Delta 8 is about 70% as psychoactive as delta 9, and people often describe the high as clear-headed and mellowing.  People usually report that they can still focus and get things done after taking it.  People also commonly compare its effects to that of an indica strain.

Delta-10-Tetrahydrocannabinol (delta 10 THC) is also reported to be about 70% as psychoactive as delta 9, meaning that how high you’ll feel will likely be similar to how high you would feel with delta 8.  But, the actual nature of the high is different.  Delta 10 seems to behave more like a sativa, as people say it makes them feel uplifted, and even gives them a boost.  Delta-10, like delta-8, doesn’t seem to interfere too much with mental clarity or one’s ability to accomplish tasks.

Hexahydrocannabinol (HHC) is a hydrogenated version of THC that exists in the plant’s seeds and pollen, and people often compare it to delta 9 as the effects seem to feel extraordinarily similar.  Given the structural similarities between the two cannabinoids, this isn’t surprising.  But ultimately, people report that HHC is only very slightly milder than delta-9.  The high is described as both euphoric and soothing throughout body and mind, and more likely to interfere with mental clarity than both delta-8 and delta-10.

Although federally compliant delta 9 THC is new to the market, it’s just as effective as any other form of delta 9.  It exists legally because these products still maintain the federal requirement that there’s no more than 0.3% delta-9 per dry weight.  The portion sizes allow enough milligrams to be present in the product to cause the high that customers associate with the cannabinoid.  In terms of the high’s potency, it’s sorta the gold standard since most of us already know delta9.  Can be both euphoric and soothing, while not interfering with mental clarity and productivity to an extent, making it pretty potent.

THC-O-acetate (THC-O) is about 3x as potent as delta 9 THC, and was even chemically designed to be that way.  It’s a cannabinoid that’s made in a laboratory, applying acetic anhydride to THCA to boost its psychoactive capabilities.  THC-O’s high is usually described as euphoric, with a very heavy body high that can leave you couch-locked for a long time.  The second most intoxicating cannabinoid on the market, and definitely capable of causing a powerful psychoactive experience.

Last, but certainly not “least”, tetrahydrocannabiphorol (THC-P), the most potent cannabinoid that we know of.  This cannabinoid may be up to 10 times as intoxicating as delta 9, and as you can imagine, that makes for a powerful high.  Like THC-O, it’s mostly associated with feelings of euphoria, and definitely comes with a body high effect that can make it hard for you to get much done.

Other Factors That Determine the Potency of Your THC Product

At this point of the contest, you know we just gotta cover the other details of a THC-based product that impact how high you’ll end up getting.  Afterall, it’s that exact ‘high’ that can sometimes make or break your entire experience. 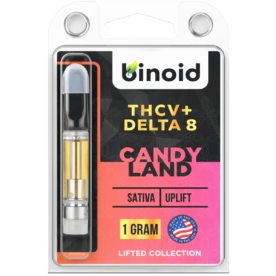 Different product types have different potency levels either based on how they’re made or how bioavailable they are.

Factor #2: The Amount You Take

It should go without saying that how much of a THC cannabinoid you consume determines how high you’ll get.  There is a big difference between taking a single puff of a THC-P vape and 5 puffs, or a 5mg delta 8 gummy vs. a 50mg gummy.  If you’re a newbie to any THC cannabinoid, always start with the suggested amount on the package to feel out those effects of that said cannabinoid gradually.

We get right to the good stuff here.  Some hemp strains are simply increasingly potent than others.  This is a more subtle difference, but the terpenes in a strain can work synergistically with the psychoactive cannabinoid to make its effects slightly stronger or slightly weaker.  Researching a strain will tell you what to expect in terms of potency.

So Many THC-Based Cannabinoids, So Many Different Potency Levels

THCV, delta 8, delta 10, HHC, delta 9, THC-O, and THC-P all have the ability to get us high, but each high is gonna be noticeably different.  If you’re new to THC-based cannabinoids altogether, we do recommend starting with a milder choice like THCV, delta 8 or delta 10, and working your way up the ladder as desired and as your tolerance allows.  This also gives you an opportunity to explore the differences between each cannabinoid and discover what it is that you want out of your psychoactive hemp experience at Weed.com.